It was a back and forth affair between Vaughan SC and Markham FC in the boy’s finals on Sunday, that went down to the wire.

It was Vaughan who started the game stronger, dominating possession and creating multiple chances in the opening 15 minutes. Markham took some time to grow into the game but when they did, they were able to hold the ball and create chances of their own, often counter attacking with great success.

The opener came in the 34th minute when Vaughan had some great wing play which resulted in an easy tap in following some great dribbling down the left flank. Markham responded early in the second half with a cross and beautiful volleyed goal to tie the game.

Markham was then able to take the lead in the 66th thanks to an error and some good fortune, after a deep cross looped over the Vaughan goalkeeper into the net. Vaughan equalized the game in the 78th off a penalty kick, and Markham nearly got a penalty of their own two minutes later after a tackle was deemed just outside the box. Vaughan’s defender was given a red card for the challenge.

Despite being down a man, Vaughan was able to secure the 3-2 win in added time after another penalty was given for a tackle inside the box. 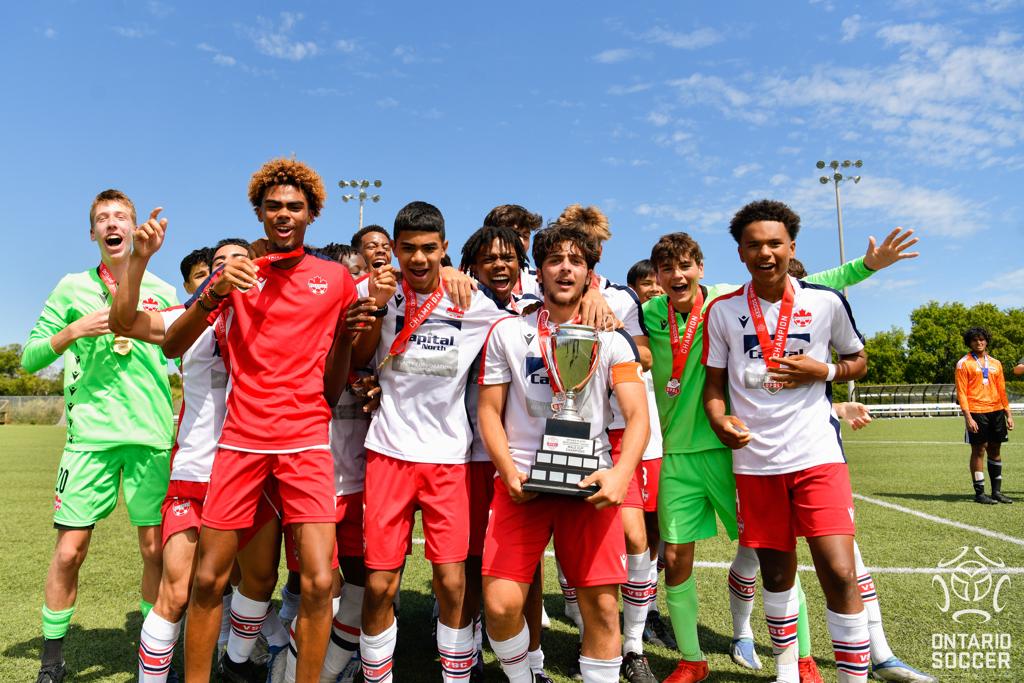 It was Ottawa who came out strong in the first half, dominating possession and goal scoring chances. There pressure was awarded mid way through the half, thanks to a cross and gorgeous volleyed goal.

However, the second half belonged to Markham. They came out the gates strong, pressing OSU at every opportunity and controlling most of the action, creating many scoring opportunities.

There pressure resulted in a goal five minutes into the half following some great wing play that resulted in a tap in. Five minutes later, Markham took the lead thanks to some fortune after a clearance near the middle of the pitch, looped over the OSU keeper and into the net. 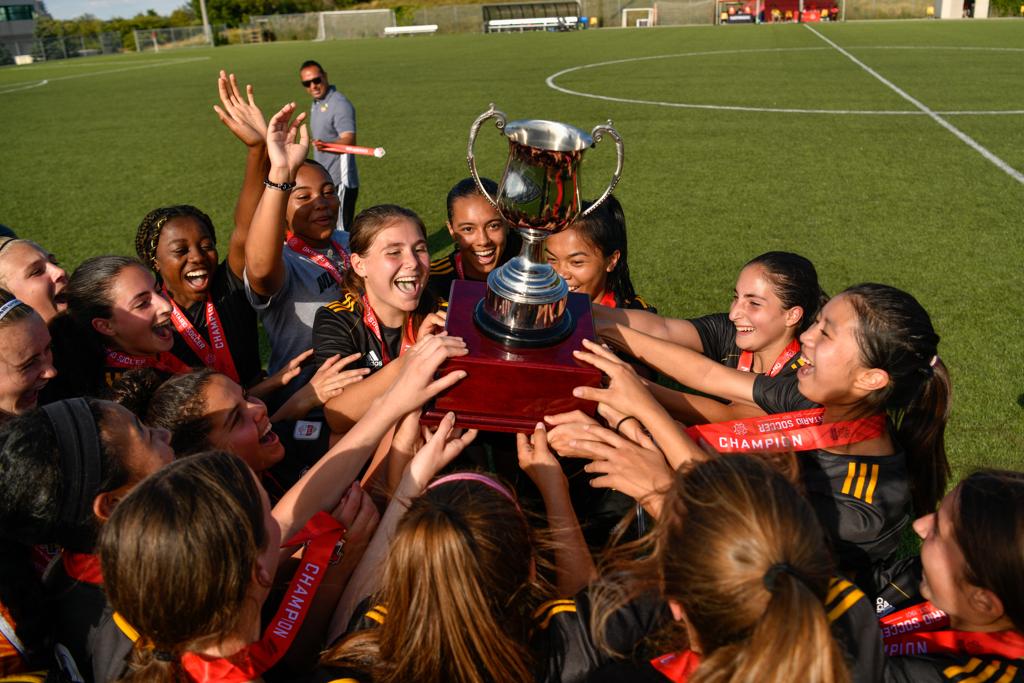